Typography can be found all over the place. We see it in every text-based item, whether we notice it or not, from newspapers to blogs, advertising, infographics, and art.

This is more than just a random or simple arrangement of letters; it’s an art form that helps brands make a statement.

We’re constantly processing printed words, whether on our phones, in books, or on websites. Type can be seen everywhere, from books to artworks. We typically examine the power of the written word, but we hardly consider the role of the designer in mimicking the tone of the word or sentence.

Behind the scenes, a designer has thought about the relationship between the text’s appearance and what it says. Different moods, atmospheres, and attitudes can all be represented simply by changing the typeface.

What Is Typography Art?

Modern art and design often use typography. It’s not just a bunch of letters, a bunch of words, a description, or a statement on paper. In a more profound way, typography can make a statement.

Type may assume the form of objects and send a message, as well as transmit something meaningful and propagate an idea. Additionally, type can be used in design to assist artwork, or it can be considered art in and of itself. Typography is a lovely art form that may also be used in T-shirt designs.

The art of typography, on the other hand, blossomed in a thousand different ways as the internet became a graphic medium. Never before in history has the printed word been represented in such a wide range of graphic styles. 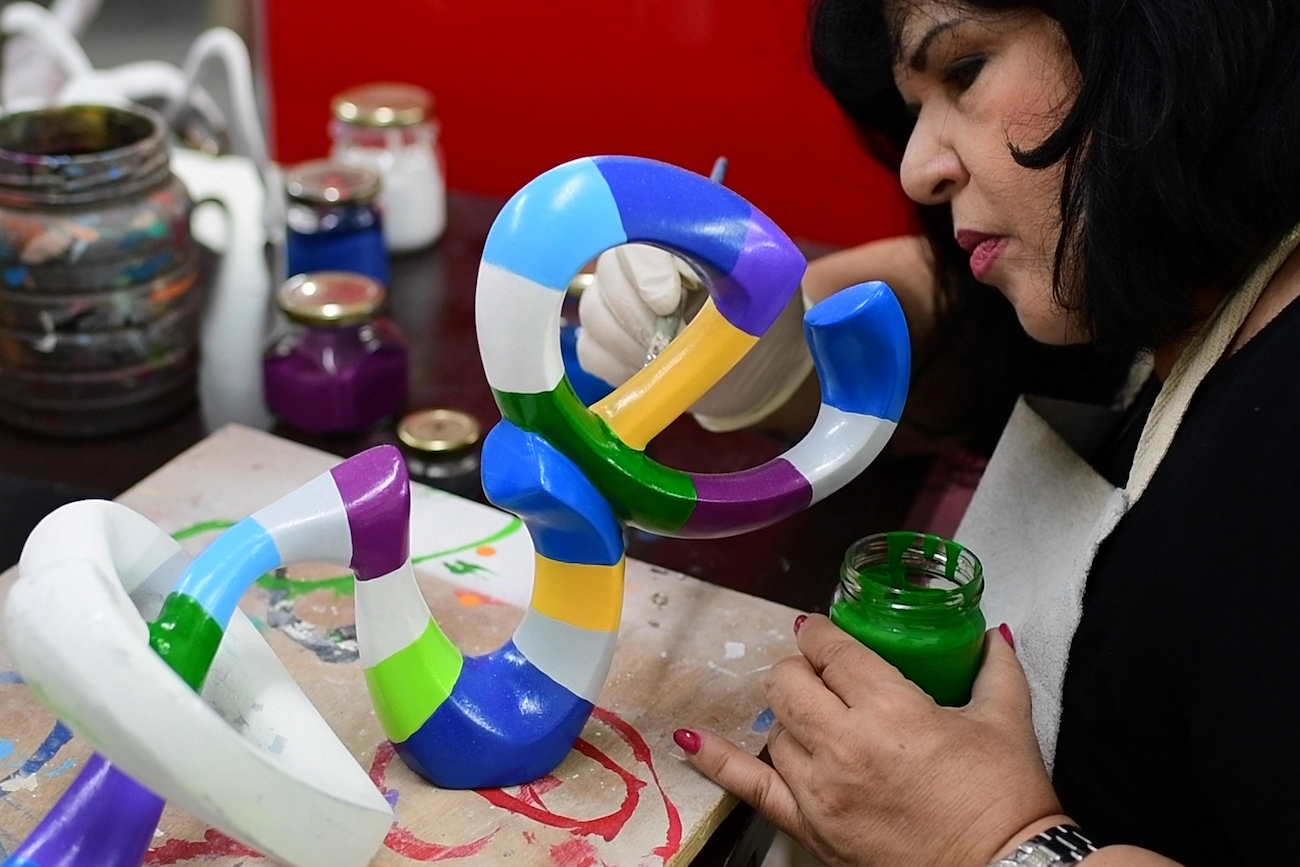 The type was created by a type maker and a typesetter and dates back to the 11th century in East Asia (yes, Johannes Gutenberg did not invent the printing press). By the 1800s, the manufactured letters had been turned into metal blocks. Each typeface, or overall design, was transformed into fonts and sold to print shops.

The fonts would then be set by the typesetters at the print shops, who would often include space to allow the type to breathe and make it easier to read. Because the spacers they used were made of lead, the process of adding space came to be known as leading.

Type makers now have the opportunity to create without the physical limits of the past, thanks to the digital age and easy access to fast computers. Fonts don’t have to be depicted by metal blocks anymore, and leading isn’t actually lead. Despite this, the industry progressed slowly, sticking to tried-and-true fonts even when new ones appeared.

What Type of Art Is Typography?

In its most basic form, typography is the skill of arranging letters and words in such a way that the copy is readable, clear, and visually appealing to the reader. Typography is the study of font style, look, and structure to elicit specific emotions and communicate specific messages.

Essentially, typography is an art form in and of itself. There’s also a lot to think about when it comes to letter design. Font style, appearance, and organization all contribute to the final visual, which should generate emotion and send a message to all who see it.

What Is Typography in Digital Art?

In digital art, typography serves two roles. The first is to improve legibility, and the second is to aid in communicating a design piece’s meaning, tone, and feeling. Another purpose of typography is aesthetic purposes.

We are lured to aesthetically appealing designs that are simple and easy to read. Hence, we run the other way if a design is busy, complicated, and forces us to strain our eyes. As a result, it’s in our best interests, as well as our clients, to learn how to use typography successfully in digital art. 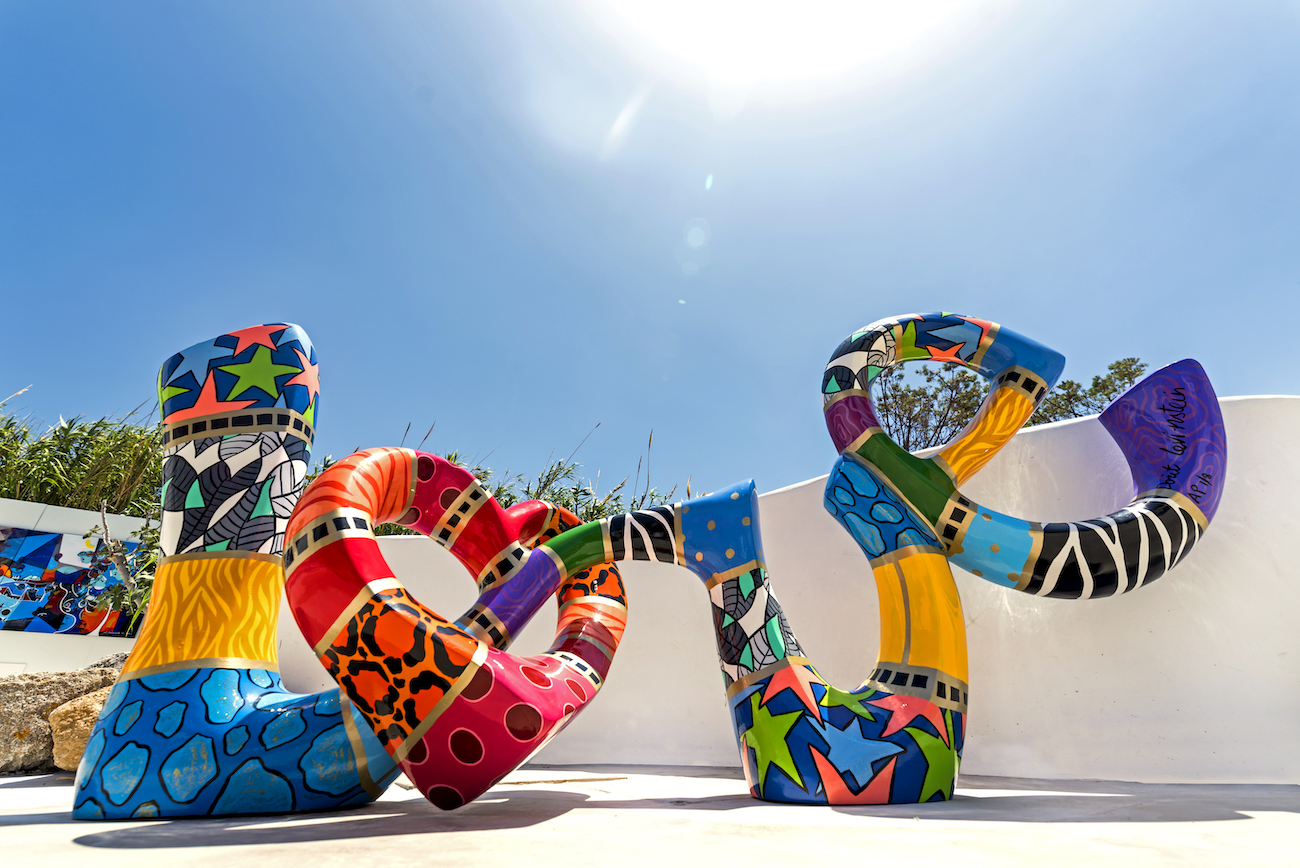 Dorit Levinstein’s works inspire you to enter her world of forms, figures, and colors. Her delicate, elegant sculptures giggle with glee before stretching out with wonderful elasticity to take their place in space. Each of the spinning figures is painted in vibrant colors, resulting in eye-catching patterns that replicate themselves in a rhythmic pattern. Human figures and animals, as well as flowers and daily items, are among Levinstein’s sources of inspiration.

We’ve seen some fantastic examples of 3D typography, but we’ve never seen it done with 2D methods. Anamorphoses is a series of illustrations by illustrator Lex Wilson that reimagines perspective. Wilson enjoys using sophisticated 2D graphics to fool the spectator into thinking that they are in 3D.

This is part of Baron Fig’s motivational poster collection, which takes words from some of the world’s greatest thinkers and depicts them in a creative and uplifting way. Our favorite is this Oscar Wilde typographic poster, and they surely serve to brighten the often-uninspired realm of motivational poster design.

Midu1995, a Moldovan artist, has created outstanding typographic illustrations of numerous superheroes and villains. He uses terms that are widely attributed to the character, arranging them till the silhouette is formed, to reinvent Batman, Iron Man, and Bane.

Typography can be used in art and T-shirt design, but it is also an art form in and of itself. How can you use text in the most innovative way possible in your designs? Hopefully, these artists and designers will inspire you to think of new ways to express yourself. 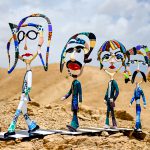